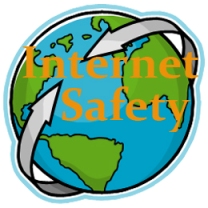 Below is a video link that outlines the rules of COPPA and our privacy policy links can be found in the footer of every page on the website.
In order to for your child attend the Born to Draw Virtual Online Classes parents need to register and fill out and return the Registration form that allows their children to attend the online art classes. This is a strict rule that conforms to the law in order to retain compliance and integrity for the Born to Draw program, in order to lawfully obtain your email link and allow you access into the classroom. Please follow the directions on the Virtual Art Room page. Please be sure to read our Privacy Rules.
Protecting your children is our responsibility, as well as, protecting the privacy of our client’s information.

END_OF_DOCUMENT_TOKEN_TO_BE_REPLACED

Why Isn’t Art Making the Cut?

this entry has 0 Comments/ in Blog, Guest Writers, Previews / by Elaine Cimino
October 4, 2012 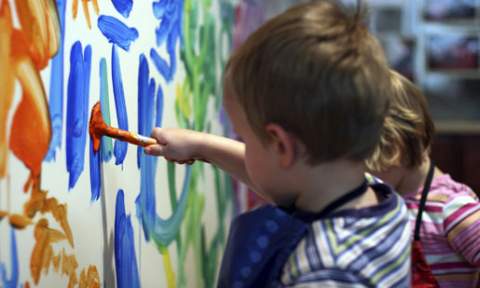 With my daughter soon to be entering the public school system, I’ve become more and more concerned with the quality of exposure to the arts that our public schools provide for our children. That includes music classes, drama clubs, and any other ‘extra-curricular’ activity that is suffering from budget cuts. END_OF_DOCUMENT_TOKEN_TO_BE_REPLACED

Upon her arrival, however, she was disappointed to find virtually no art program in her children’s new elementary school. Because of budget cuts, funding for the arts varies among school districts, as do the programs. So she made an interesting pitch to the principal.

END_OF_DOCUMENT_TOKEN_TO_BE_REPLACED

Making Time for Art: The Muses Go to School

Many public schools today devote large blocks of time each day solely to math and literacy. Whatever the reason—No Child Left Behind mandates, adoption of the Common Core State Standards, and increased emphasis on standardized testing—other essential subjects including social studies and science are often squeezed into a few precious time slots each week, if at all. So, where does that leave arts education?

END_OF_DOCUMENT_TOKEN_TO_BE_REPLACED

In the 1840s, Horace Mann, the great champion of public education, insisted that each and every Boston child – not just the wealthy or the talented – should learn how to draw. Today, Boston is renewing this promise by reestablishing high quality arts education for all students as a core part of excellent schools. 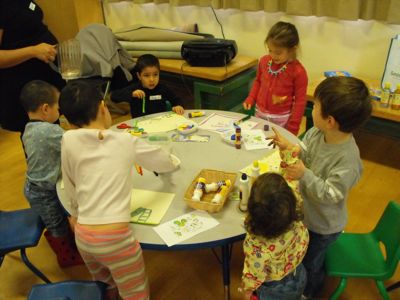 At a time of great stress on Boston’s school budget, private philanthropists and charitable foundations launched an initiative to raise $10 million to increase access, equity and quality of arts learning for all students. The city and its schools stepped up with increased public funding for arts teachers.

It’s a model that can be replicated in cities and towns across the Commonwealth and the nation.

This year, 14,000 more Boston students are experiencing the arts in schools than three years ago. Nine of 10 students in the elementary and middle grades now receive weekly, year-long arts instruction in school, up from two-thirds in 2009. In the same period, twice as many high school students are accessing arts learning during the school day.

The Wallace Foundation recently announced a $4 million commitment to help further expand access to arts education in the city’s schools. Local donors, including the Barr Foundation the Boston Foundation, have already matched this with more than $4 million in contributions. The city has increased public spending on arts education by $2 million annually since 2009, adding 24 new arts teachers.

Why invest in arts education at a time when schools seem laser-focused on improving performance in reading and math skills?

Evidence shows that the arts matter. Arts have a positive impact on student achievement, motivation and engagement, critical and creative thinking, collaboration and team work skills.

Arts have the biggest impact on students of color and low income students. Yet nationally, African-Americans and Latinos are 50% less likely to have had access to arts instruction.

In many communities, arts education has suffered from years of neglect. The decline started with significant public budget shortfalls in the 1970s and 1980s that led school districts to drastically cut programs deemed not central to the academic mission. More recently, federal education requirements and the test-based accountability mechanisms of state standards-based reforms caused schools to focus on the subjects that were to be tested — reading and mathematics — at the expense of other subjects.

Surveys by the Center for Education Policy found that 44 percent of districts had increased instruction time in elementary school English language arts and math while decreasing time on other subjects. A follow-up analysis showed that 16 percent of districts had reduced elementary school class time for music and art — and had done so by an average of 35 percent, or fifty-seven minutes a week. Recently, school districts in Pittsburgh, Philadelphia, Los Angeles and San Diego proposed plans to cut arts programs and teaching positions to help balance their budgets.

We have a thriving and dynamic cultural and artistic community that enriches our city for residents and visitors. Music, theater, and the visual arts give Boston a special identity. Participation in arts education is the strongest predictor of almost all types of arts participation as an adult. We need to maintain these unique assets by cultivating a population that appreciates the arts.

In making arts education a priority, Superintendent Carol Johnson has tapped the energy of our arts community to expand opportunities for our young people. At the school level, the expansion of arts education means that at the Edison K-8 School in Brighton, partnerships with the Boston Symphony Orchestra and a set design teaching artist have enabled the school’s four full-time art teachers to create a rich performing arts program and engaging school climate for their 850 students. Students with special needs and English language learners have shined on stage as lead actors in musicals and Shakespearean productions, while other students learn about stage management. The Dever-McCormack School in Dorchester is building a strong music program through a partnership with the Community Music Center of Boston, together with the school’s music specialists.

We view arts expansion as a catalyst for renewed energy in schools, increased engagement by students, and improved school choices for families. Over the long term it will enrich our young people, our schools, our neighborhoods, and our economy.

Thomas M. Menino is the mayor of Boston. Laura Perille is executive director of EdVestors, a nonprofit school reform organization.

Art eduction: Is school out?

Dean of Arts and Science Alistair MacLean attributes this to the pending retirement of one of the program’s three full-time professors (“I was concerned with admitting new students without being certain we could fulfill course requirements,” he said).

… “For MacLean any crisis is a broader one. In a tightening funding environment — Ontario schools have been told to expect no funding increases for at least six years — universities chase dollars wherever they can find them. Art programs, he says “can be seen as boutique — they take up lots of space, they have small classes. So if they’re not healthy, they’re vulnerable.”…

END_OF_DOCUMENT_TOKEN_TO_BE_REPLACED

Under the banner of high-tech progress, corporate lobbyists have rammed through legislation privatizing K-12 education across the country.
in New Mexico http://www.nmlegis.gov/Sessions/11%20Regular/final/SB0427.pdf

END_OF_DOCUMENT_TOKEN_TO_BE_REPLACED

Every year, students from Bentworth Elementary Center in Washington County traipsed through the Carnegie museums of Art and Natural History with the wonder of Dorothy, the Tin Man, Cowardly Lion and Scarecrow romping around Emerald City.

The children were amazed at the actual size and texture of paintings they had seen in books, and they pressed their faces against the glass to watch scientists work on dinosaur bones.

“When they walked into these doors, they were the most excited children,” recalled Joy Gazi, the elementary art teacher at Bentworth. “They thought we gave them gold and magic.”

END_OF_DOCUMENT_TOKEN_TO_BE_REPLACED 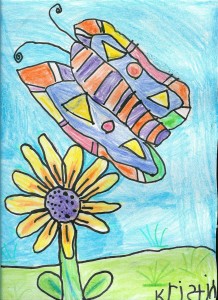