We need to add an “A” for art to the national STEM (science, technology, engineering and math) education agenda and turn it to STEAM, writes guest columnist John Maeda.

Special to The Seattle Times

I tell people that I am a native of Seattle, but that I only knew it before it became cool. The creative economy hadn’t really happened yet — Boeing was the booming Microsoft equivalent back then; there was nascent grunge music and no coffee culture to speak of.

I posted this article nearly a year ago on blogger spot. it received some attention and I think it is an important article. Here it is again. Rather long but very interesting especially when you have or teach gifted children.

END_OF_DOCUMENT_TOKEN_TO_BE_REPLACED

THE Obama administration is planning some big changes to how we measure the success or failure of schools and how we apportion federal money based on those assessments. It’s great that the administration is trying to undertake reforms, but if we want to make sure all children learn, we will need to overhaul the curriculum itself. Our current educational approach — and the testing that is driving it — is completely at odds with what scientists understand about how children develop during the elementary school years and has led to a curriculum that is strangling children and teachers alike.
END_OF_DOCUMENT_TOKEN_TO_BE_REPLACED

Why we subsidise arts majors

this entry has 0 Comments/ in Blog, Home, Newsletter, Previews / by Elaine Cimino
November 11, 2011 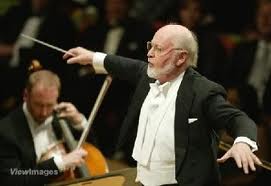 ALEX TABARROK, a George Mason economist and blogger at Marginal Revolution, notes that though many more young Americans, about 50% more, now go to college than did 25 years ago, the number of students studying science, engineering, technology, or mathematics has not increased. So, Mr Tabarrok asks, “If students aren’t studying science, technology, engineering and math, what are they studying?” They are studying interesting and enjoyable fields, it turns out. Mr Tabarrok reports, with no little dread: